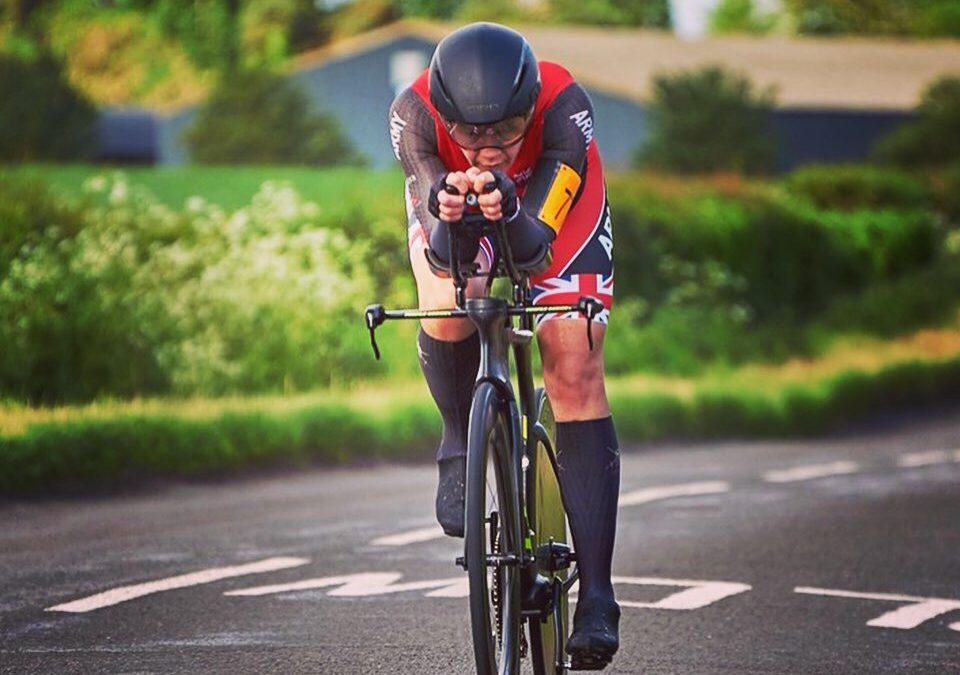 Records have been set and broken for travelling in various ways from the two further most points of Great Britain – the famous Lands End to John O’Groats route.  Attempts attract attention for the sheer determination required to travel 838 miles whatever the mode of transport.  There is even a record for hitting a golf ball the length of the route!

In 1886 the first record on a bike was set at 121 hours and 45 mins.  Things have come on a bit since then!  2 years ago many of us avidly followed Michael Broadwith’s attempt which knocked 45 mins off the previous record with a new time of 43 hours, 25 minutes and 13 seconds.  The current women’s record is 52 hours and 45 minutes which has been held for 18 years by Lynne Biddulph.

It takes a certain type of person to even think about attempting something like this. Cue Lieutenant Colonel Christina Murray, Intelligence Corps of the British military, who on Sunday 13 September hopes to start her attempt at breaking this longstanding record. 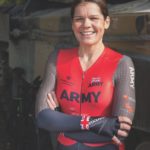 We first began working with Chris on her position and equipment in 2018.  Last year she came to visit us in the wind tunnel in preparation for the National 24 Hour TT championship – which she won convincingly.  That year she also set a new RRA (Roads Record Association) Edinburgh to York record in 2019. Saying that she was proficient in long distance races would be an understatement.

We caught up with Chris before she set off for Lands End with her support crew to ask a few questions.

I have huge respect and admiration for the history of the Roads Record Association for the record holders and for those that have attempted the numerous records overseen by the RRA. The LEJOG record (in my mind) is the Blue Riband event. Lynn Biddulph’s record has stood since 2002, despite a number of attempts since by very good bike riders, that demonstrates how good the record is. Having that record in mind, I have been building to this point for several years; I wanted to prove to myself that I could do justice to it and have dedicated the last few years to entering longer distance events in preparation. The physical and organisational preparation has taken about 18 months to 2 years.

I have been considering the record for some time.  I wanted to have the confidence and the ability to make a good attempt at it and so having raced the National 24hr and set a new RRA Edinburgh to York record in 2019, I felt I could make an attempt at the record that would do the history justice, whether I set a new record or not. It’s really difficult to get your head round how difficult a challenge it is without doing it, I didn’t want to say I’d do it without respecting that fact. Just the logistics alone are huge, so I needed to be certain I could make a credible attempt at it before I started the process.

We originally planned an attempt in May/June of this year but unfortunately Coronavirus intervened. With the National lockdown and concern for the safety of all involved, I wanted to wait until I could guarantee everyone’s safety. We have measures in place which will mean the support crew, the RRA officials and I will be as safe as we can make it in the circumstances (I have shares in a hand gel and face masks!)

I also need to do justice to the huge amount of support the British Army (as an organisation and employer) and my Army colleagues, have given me. Without their support it would have been much more difficult to be where I am today.

We have several factors to consider but the most important are the weather conditions for the (just over) 2 days of the attempt. We are using several weather analysis tools and websites to track the forecast as far in advance as is reliable. We are looking at the balance of wind and other factors. We have a benchmark for the conditions we would like and are testing each days against that. When we are confident that the weather conditions are as good as we can get, we will make the call to start.

After 20 years of Army service, I have been placed in situations that have tested me and challenged me to the limit.  I think that being in such situations, finding ways to deal with them and coming out the other side has given me the confidence to tackle adversity and take on challenges – albeit in this context, ones on a bike.  Whilst I was riding the National 24 hour a friend of mine sent me a text that read “you survived 180 late nights in Helmand, you can survive one late night in Shropshire.” 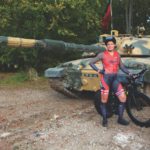 It really helped to put it into context and make what lay in front of me, seem not that hard in comparison.  That’s not to say that I won’t face extreme tests of my will, character and physical/mental strength on the attempt, I know I will, but it won’t be the first time that I have had to muster all my will to carry on and fight through.  I therefore feel very fortunate that I have a profession that has tested and challenged me so much, and perhaps more importantly, has helped me to realise and appreciate how vital it is have the best possible team behind you.  One thing that I am absolutely certain about, is that this isn’t an individual undertaking, it is about the whole team; without them there would be no attempt.

I think that it is really important to work on all aspects of your fitness for cycling, it would be very easy to focus solely on riding for a long time at a manageable pace, but that doesn’t necessarily create the best performance. I work on blocks of training ranging from really short high intensity sessions, to blocks of 4-6 days of longer easier paced riding.

I try to keep things simple, I joked with some of my friends at the National 24hr and in the RRA attempt last year that “I’m just riding my bike” and at it’s simplest, that’s what it is….just for a long time! Keeping things simple and focusing on fuel, hydration and keeping mobile on the bike are really important so that’s where I put my effort. Don’t get me wrong, none of these races or records are easy and even in the races I’ve done, I’ve been in some dark places but you have to recognise how to lift yourself out of that, something I have practiced in the events I have done so far.

In my opinion Simon is the country’s leading bike aerodynamicist; the main reason I have been using Drag2Zero for a long time (also helped by an introduction from my brother Keith Murray a few years back, who rides for the Drag2Zero team). The biggest changes we made in my pre LEJOG preparations were to change to the new Drag2Zero cockpit. The position I am in now is extremely comfortable, the fit of the poles and arm rests means weight is shifted from primarily my elbows and hands to the area of elbows, forearms and hands, this has made a massive difference, especially when you think how long I will be in TT position for. I am now even more comfortable than my previous set up (also Drag2Zero).

Do aerodynamics matter over this distance?  We asked Simon Smart for his opinion:

“Whilst the Lejog route that Chris will follow is undulating and the power levels that she can produce for that duration are relatively low, aerodynamics can still play a significant part. Even at 20 mph, a TT position could save her at least 6 hours compared to a good road position.

I first met Chris when she started time trialing and we optimized her position for shorter distances. Since then she has worked really hard to develop a position that with relatively small aerodynamics compromises makes it possible to sustain for very long periods of time (as she proved in the 24 HOUR championship). Its been great to work with someone who has so much focus and professionalism, and I am excited to see what she can do in her first attempt at Lejog.”

We wish Chis all the luck in the world for the coming days. Follow the attempt on twitter @2137Lejog

Drag2Zero specialises in aerodynamically optimising cyclists and their equipment.  From iconic bikes like the Scott Plasma to the enormously successful SES wheel range from ENVE, we leave no stone unturned in making cyclists go faster.  During her attempt Chris Murray will be riding a Scott Plasma fitted with the D2Z USP cockpit.  She will be wearing aerodynamically optimised clothing made by Endura in collaboration with D2Z .  For more information contact info@drag2zero.com

Royal Mail is planning strike action on 26th and 31st August. If you are thinking of making an order we would advise you do this by Weds 24th to try and avoid delays in receiving your shipment.