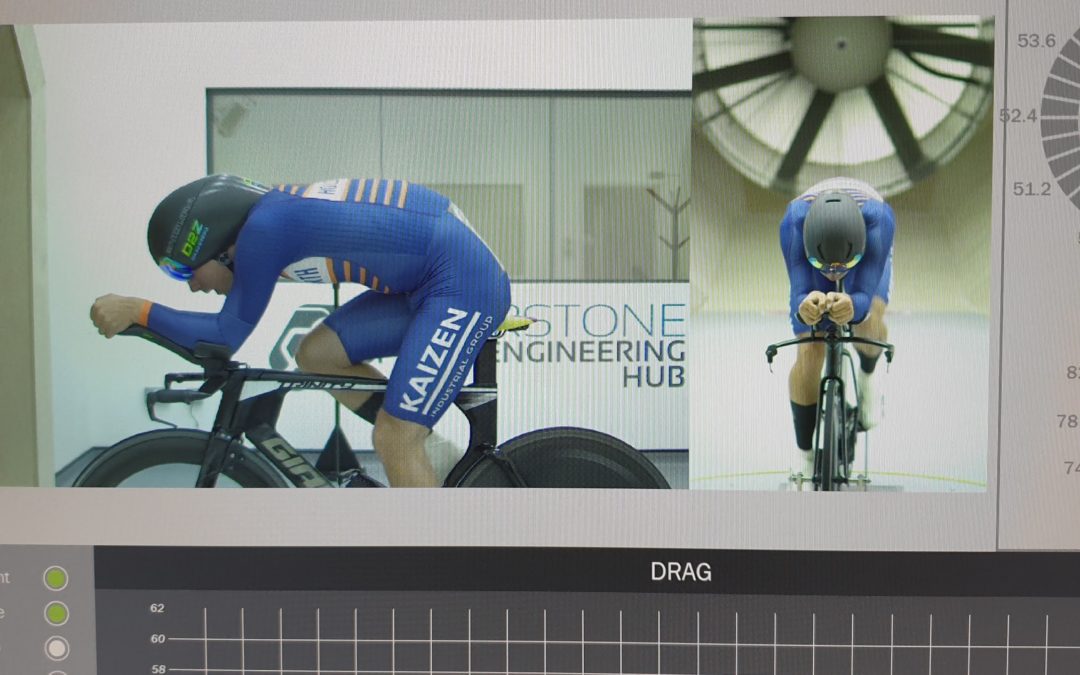 TT CHAMPION LEAPS FROM U23 TO WORLDTOUR

Charlie is a massive talent and Drag2Zero has had the pleasure of supporting him through 2019 as he pursues his time trial goals, culminating in him becoming British U23 Time Trial Champion in June. That win, on top of impressive results at the U23 Giro, earned him the attention of Trek-Segafredo. He joined the team in August as a stagiaire and has now announced a two-year contract.

“It hasn’t sunk in yet at all,” says Charlie. “It probably won’t be until the first training camp that I actually feel part of the team.

“Signing for a WorldTour team was my goal from the start of the year, but up until May I was quite far from achieving it. Then after the Giro and the National Champs, two weeks of hard work, all of a sudden everything was different.”

In 2018 Charlie placed second at the British U23 TT Championships in what was, incredibly, his first season of racing time trials. He is hugely powerful and had naturally adopted a very good position, so he was immediately fast. Seeing the potential, his friend and D2Z team rider Mark Jones introduced him to Drag2Zero. In April 2019 Charlie came to Drag2Zero for a Studio Aero Fit, which yielded significant gains and led to even more impressive performances.

In early May, Drag2Zero increased its support of Charlie to prepare for the ‘Baby Giro’ and National Championships. He returned for a wind tunnel session, yielding improvements to both his drag and the power he can produce in the position. D2Z provided him with an ENVE front wheel and D2Z disc, and partners Endura contributed to an Encapsulator TT suit. Charlie was also one of the first to race with Drag2Zero’s soon-to-be-released Underarm Ski Poles which reduce drag and increase comfort and control.

“You feel like a superstar riding a set-up like that!” says Charlie. “The support from Drag2Zero has been incredible, and Simon makes it look easy. He can simply see what needs to change.”

“It has really been something special to see Charlie burst onto the time trial scene and a pleasure to have supported him this year,” comments Simon Smart. “We’re delighted we could contribute to his success and we’re really proud and happy for his step up to the Trek-Segafredo team next year. It’s going to be exciting watching him race at the highest level. We will follow him closely and hope to continue working with him.”

The services from which Charlie benefitted are available to everyone. A Studio Aero Fit costs £350 and a Wind Tunnel session costs £899. For riders serious about going as fast as possible, there is no more cost-effective way to find speed.

About Drag2Zero
Drag2Zero was founded in 2007 by ex-F1 aerodynamicist Simon Smart, introducing cycling and triathlon to a new level of aerodynamic refinement. D2Z uses wind tunnels and CFD combined with decades of experience to optimise rider positions, bike set-up and product design for many of the world’s leading athletes, teams and brands, plus hundreds of amateurs, with fantastic success, including Grand Tour titles and World Championships. D2Z development partnerships with Endura, ENVE and Scott have created world-beating products.
Website: drag2zero.co.uk / Telephone: +44 (0)1295 236117 / Email: info@drag2zero.com

About Charlie Quarterman
Charlie was born 6 Sept, 1998 in Oxford, UK. He began cycling with his local club and came up through the well-known and highly regarded Zappi youth and junior development teams. In 2017-18 Charlie raced for the Leopard Pro Cycling U23 team, before rejoining the Zappi program with the Holdsworth-Zappi U23 team. In August 2019 he was announced as a stagiaire for the Trek-Segafredo WorldTour team, and that deal became a full two-year contract as of 1 September. Charlie is coached by former professional Magnus Backstedt and supported in time trialling by Drag2Zero for bike fitting, aero positioning and aero advice.

We are currently taking and fulfilling orders. Our normal despatch time for in stock items is 48hrs from order and we are trying hard to achieve that, whilst ensuring the safety of our staff. We are however aware that postal services all over the world are struggling and this has led to a delay for some of our customers in receiving their orders. We will send you an email when your order has been despatched, and thank you for your patience if it takes a little longer to reach you.