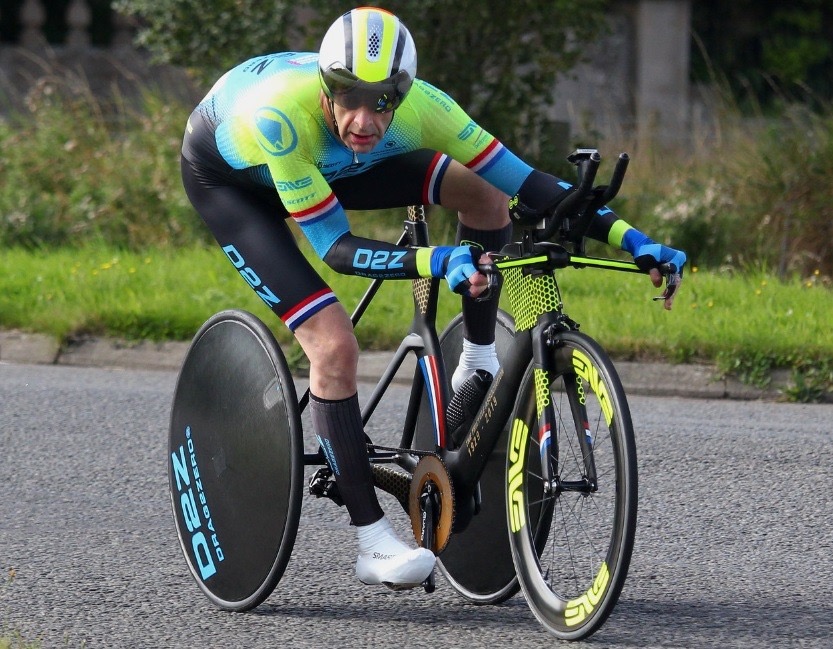 We have been catching up with various members of the team to see how life under  lockdown has affected them. One of our team members, Gavin Hinxman, has told us about his involvement with a unique program initiated between University College London Institute of Healthcare and Mercedes High Performance Powertrains where he is employed.

“Here at Mercedes High Performance Powertrains in Brixworth, we had all been sent home, as the business had agreed to follow the FiA 3-week summer shutdown (which was brought forward from the summer due to the COVID-19 pandemic).
Shortly before this point, we had been contacted by University College London Institute of Healthcare asking if we could help develop and manufacture a breathing aid.
The breathing aid, known as Continuous Positive Airway Pressure (CPAP), has been used extensively in hospitals in Italy and China to help Covid-19 patients with serious respiratory problems to breathe more easily, when oxygen via a face mask alone is insufficient.
The device we produced, called UCL-Ventura, gained regulatory approval and the Department of Health and Social Care ordered 10,000 from us, to be produced and delivered at 1000 / day with all 10,000 units by the 15th April. 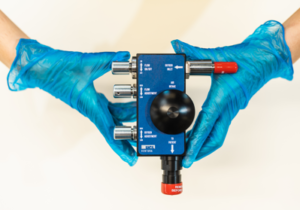 We conducted successful patient trials at UCLH and sister hospitals, and the units are now being distributed to NHS hospitals across England, the devolved nations, and crown dependencies.
This breathing aid was produced within a rapid timeframe – it took fewer than 100 hours from the initial meeting to production of the first device
From being given the brief, we worked all hours of the day, disassembling and analysing an off-patent device. Using computer simulations, we improved the device further to create a state-of-the-art version suited to mass production with a 70% reduced oxygen consumption.

My involvement
On my first day of the holiday (we were all requested to take the first two weeks off out of our holiday allowance), I received a call from our Operations Director to ask if I would return to work to set up & operate the packing and despatch area of the project
So, on the Tuesday, I started to understand the operations involved & the timescales required (1000 / day by the following Monday, which then was brought forward on a daily basis until it was the Friday of the same week!)
We had no packing boxes on order, stickers for the serial number tracking or an area to do the work. We managed to get 10,000 purpose made, printed boxes produced with the first delivery by that Friday. The first 2000 arrived flat packed and we had to assemble them. I converted part of the restaurant to undertake the work (selected due to it being a large open area that we can “social distance” within, and it has doors leading to the site road for despatch of the parts)
I also phoned round a number of colleagues to return to work to support. I needed 12 people, doing 12-hour day & night shifts (I took on one of the 7-7-night shift slots!)
The Sales Manager of the box company borrowed a horse trailer from her next-door neighbour in Oxford, drove to the manufacturing site in Peterborough & then returned to us with the first delivery of boxes! I then borrowed a van from work and did the same to collect the second delivery – it was an amazing effort from all involved
The 10,000+ bar code stickers (essential for traceability) were cut & printed overnight and we started to box units on time but not at the required 1000 / day due to manufacturing still getting up to speed (we had 19 machines normally used to produce F1 parts making components)
We had engine builders assembling the CPAP and others testing them.
We borrowed and programmed a robot to transfer the finished parts from build / test to us in the ‘restaurant’ which meant that we didn’t need to get people in to move parts (we were trying to get minimize the amount of people on site).
Our operation was simple, receive the parts, check that the certificate and serial numbers corresponded (we found lots of 2348 / 2438’s etc). Then open & place in box. Find the relevant sticker from multiple rolls of stickers, stick on, close, scan the bar code & place in the crate. An easy job but to spend 12h doing it overnight …!!!
We managed to get up to 1500 / day which allowed us to despatch the final delivery containing the 10,000th part by mid-day on the Wednesday 15th – perfect!

To allow the units to be made in mass world-wide quantities, we have released all the drawings and instructions to the outside world & so far (by the 8th April), there have been 645 free licences granted out of 1044 requests. The image below shows the global span of the licence application. 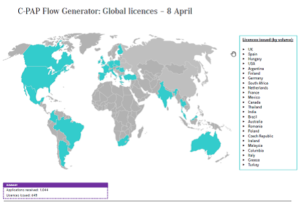 We have finished all of our units and are pleased that we have supplied such a big number and that our design is now being made by others world-wide.”

We can’t thank Gavin enough for the work he and everyone involved in the project has put in to help the NHS!

A bit about Gavin
Gavin Hinxman is a valued and long serving member of the Drag2Zero team. He entered his first time trial in 1984 when he was 14 years old and hasn’t stopped since. 3 years ago he decided to turn his hand (and legs) to trike racing and now has the National trike records for 15, 25, 50 and 100 miles (isn’t that all of them??) and also holds the VTTA records for all distances and is currently VTTA national 30 & 100 champion & TA National champ for 10,25,50 & 100.

Royal Mail is planning strike action on 26th and 31st August. If you are thinking of making an order we would advise you do this by Weds 24th to try and avoid delays in receiving your shipment.